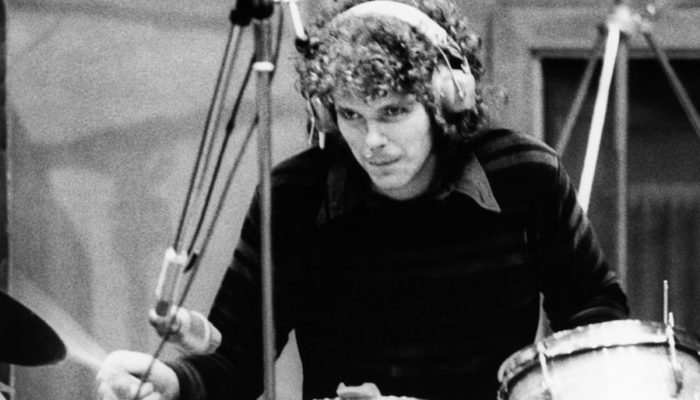 This week we start a new show format! Periodically we’ll be highlighting one drummer’s
career and discography and for this inaugural edition we’re featuring drumming legend,
Jim Gordon. Jim’s career is truly a Hollywood film noir. Aside from playing on some of
music’s greatest hits Jim also played live with some of rock and rolls greatest artists such
as: Joe Cocker, Eric Clapton, Dave Mason, George Harrison, Steely Dan, and Frank
Zappa. However alcohol and drug abuse took its toll on his career and health. Gordon
also suffered from debilitating mental issues which were finally diagnosed as depression
and paranoid schizophrenia. Since 1984 Gordon has been incarcerated in California after
being convicted of killing his mother in her Southern California home. During his time in
prison he has performed occasionally with other prisoners. Details of these performances
have been published by his band mates and are available through the link below. Gordon
is eligible for parole in 2018. Join us every Monday for a brand new show. We’re
available on Itunes, Google Play Podcasts, Stitcher, Podbean and every where you
listen to your favorite podcasts. Subscribe today!

Also, don’t forget to go by Itunes and leave a short, written review to be entered into our latest giveaway sponsored by Aquarian Drum Heads. Two lucky winners will win a full set of the batter heads of their choice or a full set of Aquarian Drum Kit Tools. Full details can be found in the show. Register today!

This week we welcome legendary drummer, Steve Smith, to the Groovecast for the first interview…

After a rather lengthy absence, we present to you the reemergence of the Drummer’s Weekly…