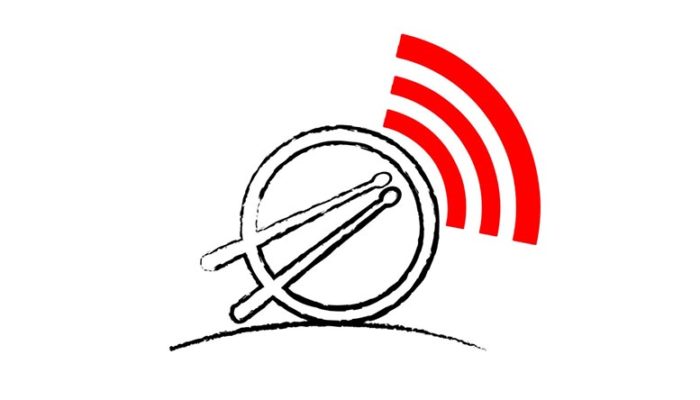 Ok, you’re two months in with “Accountability Thursday”. Your hands should be fully awake by now, right? In the past four mini-episodes we’ve mixed things up a good bit with short solos, long solos and memorized solos. This time we’re going back into the NARD book once again for something with a different feel and twist. We’ll work on the Fred Miller solo, “Two Four Hooker”. It’s a short, catchy solo but has a few elements that we’ve not encountered before.

We’ll work toward a very deliberate, medium ‘strut’ tempo where we’ll accentuate the difference between the dotted eighth, sixteenth rhythms and the eighth note triplets written next to them. Take special care not to round out the dotted eighth, sixteenths! We want a duple, strict interpretation of that rhythm so that it has a nice contrast against the rolling, rounded out triplets. Don’t be afraid to splay out the triplets and let them roll off your sticks.

Another thing that will make a nice differentiation is interpreting all the eighth note rolls as seven stroke ternary rolls. You’ll notice that every time they are played they lead into a duple rhythm which makes for nice contrast. Also, the medium tempo allows for an articulate, open sound even for the quick ternary seven stroke motion.

Finally since there are no dynamic markings interpret the entire solo at the forte level. Written accents will be played at the double forte level.

Don’t forget to check out the sheet music and performance of “Two Four Hooker”. Click on this link to view.

Our web site can be found at www.drummersweeklygroovecast.com. There you’ll find all of our episodes, videos, social media, contact information and more. You can also find subscription buttons for Itunes, Google Play Podcasts, Stitcher, and Soundcloud. We publish new feature episodes every Monday and Accountability Thursday mini episodes on the first and third Thursdays of every month. Subscribe today!

Every year professional musicians brace themselves from April to October. That six to seven month…

Mike Johnston (of mikeslessons.com) is a person of many talents. He's a tremendous communicator, a…