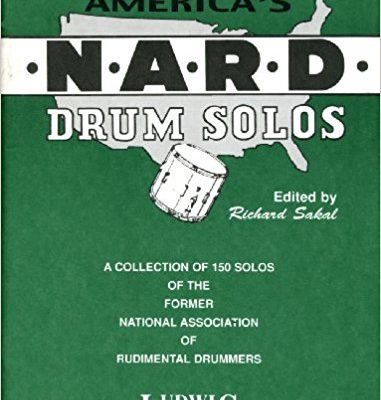 For this mini-episode of ‘Accountability Thursday’ we’ll take a look at the companion piece to last week’s show solo “Trip-It”. “Flip-It” authored by Herman Wiegman is a traditional solo written in two-four with a couple interesting twists.

At the start of the solo we roll off with a traditional, ternary seven stroke roll. However when we get to the first ending and prepare for the repeat we notice there’s no seven stroke roll! This can be interpreted literally where upon repeat we’d play a single stroke on the downbeat of the first bar. However I took the liberty to ‘correct’ what could be a misprint and played the traditional seven stroke roll that would finish the first ending and lead back to the top (like the introductory roll off). Ultimately do whatever feels best for yourself but always remember that certain interpretation liberties can be used on these old solos.

The next interesting twist is found at the beginning of the second half of the solo. The author writes the Lesson 25 rudiment three times in a row but forces us to alternate the rhythm when it is traditionally played all on one hand. Again practice these stickings exactly as written since they affect everything that is played afterward.

Make sure you visit this link to see the YouTube video. You’ll be able to view the sheet music as well as see a performance of “Flip-It”.

We want you to practice this solo and post your videos on our social media. Make sure you tag the show in your description. Also head over to our web site at: www.drummersweeklygroovecast.com
You can subscribe to the show, listen to all our episodes, see our performance videos, interact with our social media, and get in touch with us there as well. We’ll see you in a couple of weeks with our next mini-episode and every Monday with our full length feature shows.

This week we begin by paying our respects to Roy Burns. Roy was best known…

This week we honor one of the greatest drummers in the history of music, Roy…